Interested in building a robot part by part every week?
"Robi" might be the robot you want.
Weekly Robi magazine comes with small parts of the robot. and in 70 weeks it will be completed.
Robi has quite interesting abilities such as walking smoothly, talking, sensoring human's movement, voice recognition!
If you're livng in Japan and love robots, you're lucky!
The first issue is 790yen but, after that every issue costs 1990yen. Some special issues cost more, so it will be about 160,000yen in total.
But, less than 200 2000 dollers for this isn't such bad, is it? 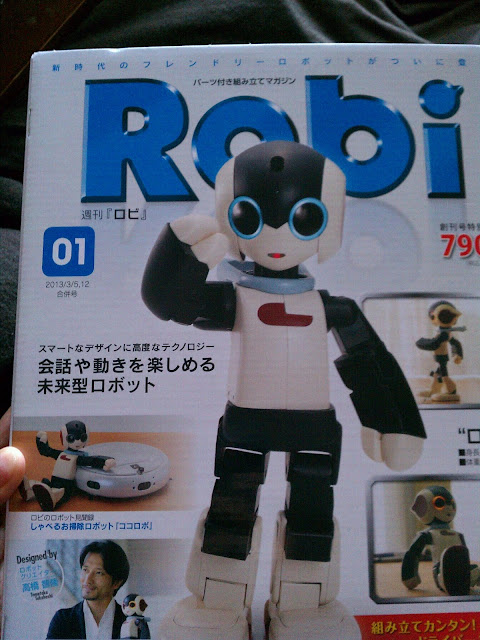